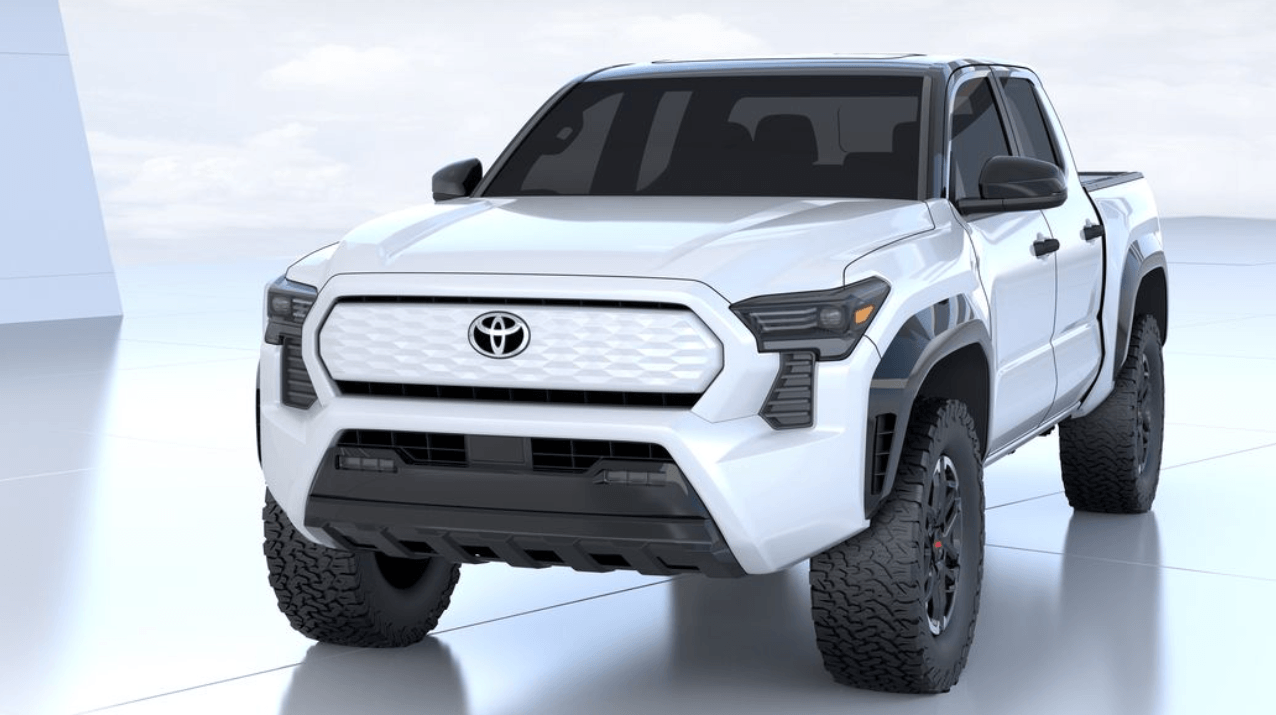 Will the 2024 Toyota Tacoma go electric? This is the question we are all patiently waiting on. While much about the 2024 Tacoma Electric remains secret, the truck potentially made its first public appearance at a recent event. 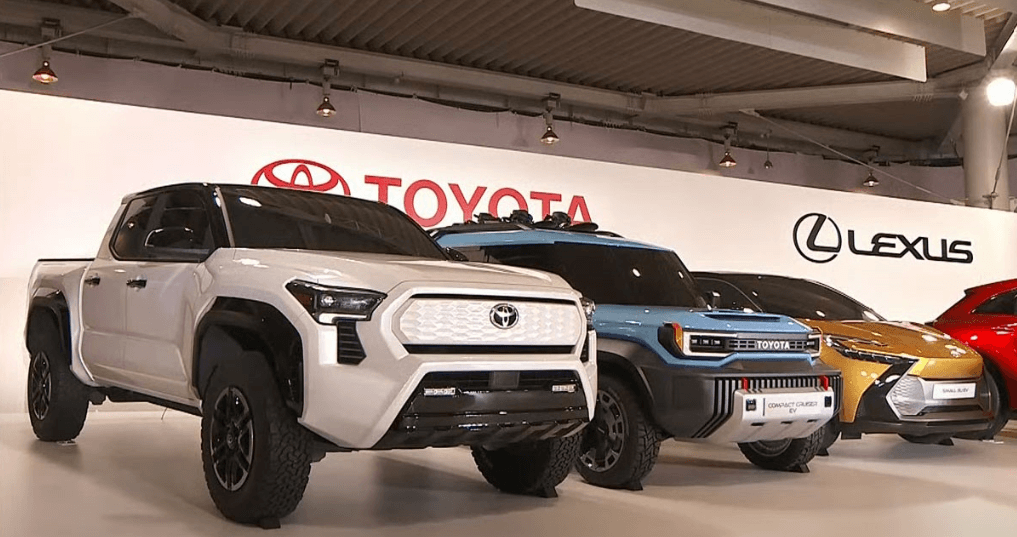 What we are expecting with the 2024 Tacoma Electric is for it to share most of its clean exterior looks with the recent 2023 Tacoma arriving on the market soon.

From a sneak peek at a Toyota event you can see the truck also sports a Tundra-inspired headlight as well as vertical air intakes, which are apparently blocked off on the EV. They’re complemented by a Toyota-style hood that features bulges toward the outside edges. However, that’s where the similarities end as the electric pickup has a smaller grille that features an insert with a geometric pattern.

Toyota barely showed the rear end of the truck but from what could be seen the rear bumpter- unlike its bigger counterpart, isn’t as tightly integrated as we can see an angular separation on the side.

As for the power and price, that is yet to be hinted at. Make sure to check back with us as we release more information!